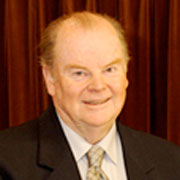 Ron started his career in Sydney Australia in 1964, serving an extensive apprenticeship with Paling’s Pianos. He is proudly ‘old school’ having been privileged to the most thorough training possible, covering all aspects of piano building and refurbishing through to concert work at the highest level. His vast knowledge encompasses uprights, player pianos, and particularly ‘Victorian’ and concert pianos.

Ron has a huge degree of experience as a concert technician spanning 40 years, holding the prestigious position of ‘resident technician’ at Sydney’s Opera House during the late 1970’s and early 80’s where he developed working relationships with many of the world’s great pianists.

His background is enhanced by parallel career paths both as a pianist and recording engineer / producer. Ron is an accomplished pianist, having studied piano performance at the New South Wales Conservatoire (now the Sydney Conservatoire) with the legendary David Andrews. During the 1980’s and 90’s Ron designed, built and managed his own recording studio, recording some of Australasia’s finest pianists, instrumentalists and singers. There is no doubt that this diverse and extensive background has contributed to Ron becoming one of the southern hemisphere’s most respected piano technicians.

Although now in retirement, GPS are privileged to have Ron on board, as an honorary consultant. He is the newest member of our team, having been ‘discovered’ by other GPS technicians during a recent visit to Australia. On stumbling across his immaculately prepared concert grands, it was immediately apparent that he was someone we had to track down and recruit. His unique background adds a new dimension to GPS, particularly with his experience and passion for older pianos, and we are privileged to have him on the team.

Ron’s book “My Life With Pianos” is a fascinating read and can be ordered through this site. 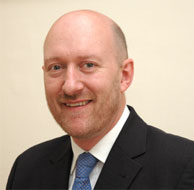 Peter started his career serving a 10 year apprenticeship as a ‘Concert Piano Technician’ with Steinway in London. His experience whilst at Steinway culminated in the position of ‘Workshop Master Technician’, responsible for training a team of technicians and finishing grand piano restoration projects. He was also responsible for the quarterly maintenance of the BBC pianos throughout London. During this time he played an active part in the concert piano division tuning all over London in venues such as the Royal College of Music, Royal Academy of Music, Guildhall School of Music and Drama, Trinity College of Music, the BBC … END_OF_DOCUMENT_TOKEN_TO_BE_REPLACED

George is known internationally as a piano technician of the highest standard.?He studied piano building for 3 years at university in Vienna prior to joining Bösendorfer, to complete their apprentice programme. Here he specialised in all aspects of piano building, and ultimately became one of Bösendorfer’s most senior technicians, renowned for his superior abilities in troubleshooting, regulation and voicing. During the 1980’s, George was a highly valued member of Bösendorfer’s small team of travelling technicians, servicing pianos in Norway, Sweden, Finland, France, Germany, Switzerland, UK, Spain, USA, Canada and North Africa. After leaving Bösendorfer, he worked in and around London … END_OF_DOCUMENT_TOKEN_TO_BE_REPLACED 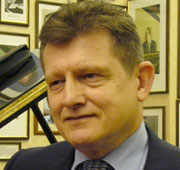 John served 44 years in the Technical Department of Steinway & Sons, London. Since his introduction as an apprentice in 1964 under both Bob and Mike Glazebrook, he has worked his way to the top. John’s experience within the piano rebuilding and concert technician business is simply huge. Since his apprenticeship days, he has been both hands on, and responsible for overseeing the rebuilding, repairing and servicing of hundreds of Steinway grand and upright pianos. He has represented Steinway on the concert stage throughout the UK and beyond. During the 1970’s, he worked during the day as a workshop technician, … END_OF_DOCUMENT_TOKEN_TO_BE_REPLACED

Glenn has worked in the piano industry since 1981. He studied Piano Technology in London and subsequently trained at Steinway Hall in London under the supervision of Bob Glazebrook. He worked as a concert tuner in London gaining invaluable experience at EMI Abbey Road, The BBC Proms, Wigmore Hall, South Bank Centre, many of London’s BBC studios and all of the London orchestras. He was later appointed as Steinway’s Technical Representative for the North of England, Wales and Scotland. Clients at the time included the Royal Liverpool Philharmonic, the Leeds International Piano Competition, various BBC venues and many concert pianists’ … END_OF_DOCUMENT_TOKEN_TO_BE_REPLACED 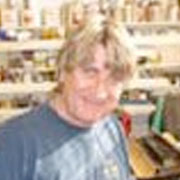 Ken joined Steinway & Sons at their London workshops as an apprentice technician in 1969. He was apprenticed to John Ross, under the supervision of the workshop manager at that time, Mike Glazebrook. Ken specialised in grand rebuilding, in particular action fitting and finishing, stringing, bridge capping, wrest plank replacement and soundboard repairs. He was part of Steinway’s travelling service team, working in venues such as the Royal Northern College of Music. He left Steinways in 1986 and moved to work with Peter Salisbury rebuilding Steinway, Bechstein, Bösendorfer and Bluthner pianos amongst others. As a specialist regulator technician, Ken was … END_OF_DOCUMENT_TOKEN_TO_BE_REPLACED 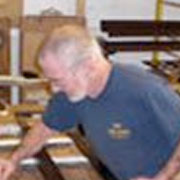 Tommy served his seven year apprenticeship with Steinway & Sons in London from 1968 until 1975. His talents were recognised early and by the late 1970’s he had been promoted to the position of Head Polisher. He became not only in charge of all casework repolishing, but was also responsible for all training within the department. His experience is simply massive, having worked on thousands of pianos at the very highest level. Tommy’s best known work includes the infamous white piano of John Lennon, stage instruments used by Sir Elton John, and even Queen Elizabeth II’s own piano. Tommy made … END_OF_DOCUMENT_TOKEN_TO_BE_REPLACED 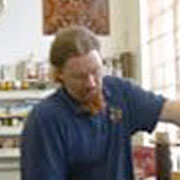 Paul started his polishing career as an apprentice with Steinway & Sons in 1987. Since this time he has developed a reputation as one of the most talented and skilled polishers of his generation. With Steinway & Sons he developed skills in polyester repairs, french polish and cellulose finishing. In the early 1990’s he left Steinway & Sons to take employment with one of the UK’s leading specialist polishing companies, J R Beadons. He worked with a team of 25 polishers in some of London’s most exclusive properties and venues – including Buckingham Palace and the residence of the world’s … END_OF_DOCUMENT_TOKEN_TO_BE_REPLACED 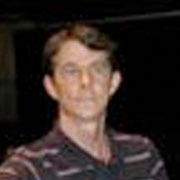 John joined Steinway’s London Service Centre as an apprentice in 1980 studying all aspects of piano servicing and rebuilding. In addition to his intense training in the workshop, he was given the opportunity to gain invaluable experience ‘in the field’ as he demonstrated a particular interest and talent in fine tuning and concert work. With Steinway, he was given responsibility for the BBC’s piano maintenance, as well as institutional tuning and servicing throughout London’s premiere recording and concert venues. After leaving Steinway, John joined Peter Salisbury’s elite team of technicians at the Henley Piano Galleries, the UK’s premier independent retailer … END_OF_DOCUMENT_TOKEN_TO_BE_REPLACED